The OTvest is a Holistic Intervention to Help Increase Attention for those with ADHD that is Research Backed.

When we feel better, we do better -- and that is exactly what happens in those wearing the OTvest™!

Think of someone pressing gently but firmly down on your upper back and shoulders. Not only does it feel good, but it has a naturally calming effect. When we see other people that are anxious or over-stimulated, we instinctively do this movement, maybe even reminding them to “calm down,” as we do so. The OTvest™ is a weighted vest that simulates this feeling through deep pressure touch therapy, and can be administered throughout the day, inexpensively, discreetly, and without the help of another person. Persons putting the OTvest™ on for the first time almost always spontaneously say “It feels good!”

How can the OTvest™ treat attention deficit hyperactivity disorder (ADHD)? With science! 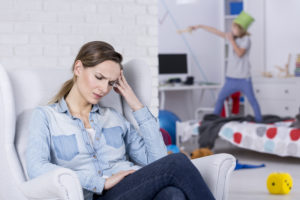 “Runner’s High” is a common “natural high” felt by runners due to the increase in dopamine in the brain from cardiovascular activity. Similarly, deep pressure therapy and touch stimulation changes the chemistry in our brains, creating a calming, focusing effect. The OTvest™ causes the brain to produce an influx of norepinephrine, epinephrine, and serotonin through the use of distributed weights across the upper back and chest. This allows OTvest™ wearers to feel more in control and centered, naturally -- even in the classroom. The OTvest™, therefore, acts as a perfect classroom intervention for ADHD. Unlike other compression vests, weighted blankets, or weighted vests on the market, the OTvest™ is discreet. It can be worn when the family eats out, during homework sessions, church, or even to help calm the wearer during the sensory overload of haircuts. Adults can wear the OTvest™ in all social, work, or academic settings, as well.

Children with ADHD have been found to have high levels of hyperactivity related to lower levels of serotonin in their blood (Gainetdinov et al., 1999; Taylor, 1994). Deep pressure, such as that applied from a weighted vest like the OTvest™, may stimulate the increase in serotonin, as well as other neurotransmitters, to create a natural calming effect on the central nervous system. The OTvest™, therefore, serves as a perfect holistic treatment for those with ADHD. 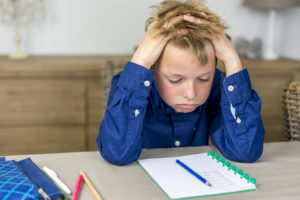 Nancy VandenBerg, an occupational therapist since 1975 and creator of the OTvest™, observed that 1 out of 10 children in a school where she provided OT services were going to the office for “attention medication”. She did a research study within the school system to determine if there was an alternative method to improve the attention of the students. The results were published in the American Journal of Occupational Therapy (VandenBerg, 2001). The children in the study were diagnosed as having attention difficulties in school, and required a classroom intervention for ADHD, autism, and other distracting behaviors. They were timed both while wearing a weighted vest, not wearing a weighted vest, and while engaging in the same activity to measure their attention-to-task.

The children in the study showed an 18-25% increase in their attention when wearing a weighted vest (weight of 5% of the wearer’s body weight) compared to not wearing one. The study showed a 95% statistical probability that the increase was due to the weighted vest. These exciting results prompted Ms. VandenBerg to design a “better” weighted vest—the OTvest™—where the weight was positioned to lie directly upon the body of those wearing it. Other weighted vests, weighted blankets, and compression vests available simply line the pockets with pellets or sand. These weights are pulled down by gravity, and aren’t as effective at producing deep pressure touch therapy as the OTvest™ is. The OTvest™ utilizes dense steel plates that are designed to lie directly on the muscle receptors of the wearer. This way, the OTvest™ applies calming deep pressure touch therapy directly to the body of the wearer, where it can have the most effective impact on the sensory receptors in the body. 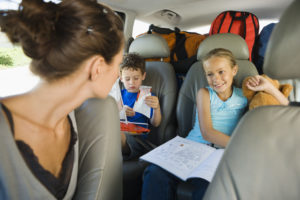 Psychiatric facilities, autism centers, specialized treatment programs, and parents across the country and internationally have been ordering the OTvest™ since 2002 for the purpose of calming, modulating the arousal level, and increasing attention to purposeful activity for those with ADHD.

The OTvest™, weighted vest provides sustained deep pressure therapy to help those with ADHD feel better and do better.

“I received the vest and it is a game changer for me!  It is already enabling me to walk much bet… END_OF_DOCUMENT_TOKEN_TO_BE_REPLACED