The OTvest, Weighted Vest Provides Calming Deep Pressure Therapy to Help Those with Asperger’s Syndrome Feel Better and Do Better.

Asperger's syndrome (Asperger disorder or Asperger syndrome) is one of a group of neurodevelopmental disorders that have effects on an individual's behavior, use of language, communication, and pattern of social interactions. Asperger disorder is considered to be on what is called the “autism spectrum disorder,” or ASD, and is generally considered to be at the higher functioning range and milder form of autism. Those with Asperger’s Syndrome often have an intense absorption in specific areas of interest or topics, objects that they keenly focus on, and it can be difficult to get their attention onto other daily living activities. 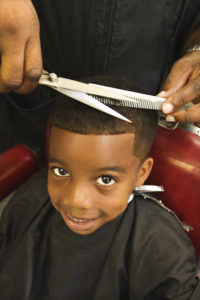 Typically, persons with Asperger’s syndrome have normal to above average intelligence, but have a harder time with the subtle use of language, communication, and interpretation of interactions, or “social language”. Difficulty understanding others, or communicating effectively, can result in anxiety and frustration, and may contribute to disruptive behavior, or difficulty with social interaction. This is where the OTvest™ can help serve as a holistic, natural treatment for anxiety, frustration, and agitation for those with Asperger's syndrome.

The deep pressure therapy felt by wearers of the OTvest™ can stimulate the production of serotonin and other neurotransmitters in the brain, flooding the wearer with a sense of calm, serenity, and relieving debilitating anxiety. As a way to help naturally treat anxiety, the OTvest™ is a perfect classroom intervention for anxiety, and other common behavior traits felt by those with Asperger's syndrome, or other autism spectrum disorders.

In 1944, Dr. Asperger described four boys as showing “a lack of empathy, little ability to form friendships, one-sided conversation, intense absorption in a special interest, and clumsy movements.” He termed the boys “little professors” because of their obsessive interests and knowledge on very specific subjects. People with Asperger’s syndrome can often focus intently on details or patterns that others cannot see. They can work independently quite well, and have original ways of seeing things. This condition, while beneficial in a variety of different ways, can sometimes bring stress to families as they deal with the demands that children with Asperger’s syndrome can sometimes bring. 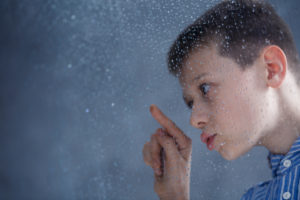 A person with Asperger’s syndrome can often have the same sensory processing difficulties that others on the autism spectrum share. This includes:

Dr. Temple Grandin, a noted engineer, author, and professor who suffers from Asperger disorder, believes her condition has been an asset in her professional life. Her life story has been featured in the 2010 film Temple Grandin, featuring Claire Danes. Temple Grandin, who worked with cattle, realized that the cattle were calmed by deep pressure during the branding process—and so she tried it on herself and made a “hug machine.”

In 2002, the OTvest™ was created by Ms. VandenBerg, an occupational therapist familiar with Grandin’s experience in deep pressure to calm, refocus, and soothe the behaviors of Asperger’s syndrome and autism. The deep pressure applied by the OTvest™ was found to be an effective form of treatment for autism and Asperger’s related behaviors. The deep pressure touch therapy applied by a weighted vest benefited not only autistic individuals, but also those with ADHD, sensory processing disorder, and so much more.

Ms. VandenBerg’s research on the use of weighted vests to increase on-task behavior in children with attention difficulties was published in the American Journal of Occupational Therapy in 2001. This study documented the effectiveness of increasing students’ attention-to-task in the school environment by 18-25% when wearing a weighted vest--a 95% statistical probability that the increase was due to the weighted vest. The results of this study prompted Ms. VandenBerg to create the OTvest: a weighted vest with an even better design than its predecessors, with the weight applied directly to the sensory receptors of the wearer’s body. 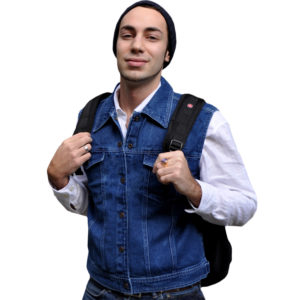 The OTvest™ is a weighted vest with a patented weight insert that applies deep pressure touch therapy directly upon the body of the wearer. This greatly increases the sensory response in the brain to produce calming, focusing neurotransmitters, such as norepinephrine, epinephrine, and serotonin.

The OTvest™ applies calming, focusing, and stabilizing deep pressure directly to the body of those with Asperger’s syndrome, so that they can feel better, and do better!

The OTvest™ is a patented weighted vest that helps those with Asperger’s syndrome by:

For those with Asperger's syndrome, or other autism spectrum disorders, the OTvest™ can be a safe, gentle, holistic intervention to improve every aspect of daily life!

An important resource for information regarding autism–including awareness, information, research and fundraising.

Click here to order the OTvest™ to experience how wearing it helps one feel better, and do better!  Experience what the OTvest™ can do as an alternative treatment for Asperger’s Syndrome.

“I received the vest and it is a game changer for me!  It is already enabling me to walk much bet… END_OF_DOCUMENT_TOKEN_TO_BE_REPLACED