When we feel better, we do better, and that’s what is seen when wearing the OTvest! A simple intervention that can do so much. 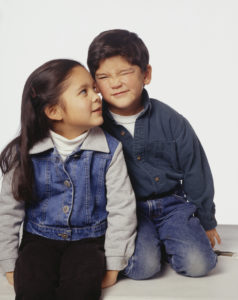 The Tourette Association of America makes the suggestion for wearing a weighted vest for those with sensory processing difficulties, often associated with Tourette’s Syndrome.¹ The occupational therapist who designed the OTvest worked in the public schools with children with Tourette’s Syndrome who showed an increase in attention-to-task when wearing the OTvest, such as being better able to perform fine motor tasks and classroom assignments. After putting the OTvest on, they were able to stay focused to complete a coloring activity, for example–staying within the lines–and asked to do more coloring–something previously never done without the weighted vest. Children with Tourette’s Syndrome in older grades often show trouble completing their class work, and wearing the OTvest helps increase focus and attention-to-task for those students, as well. 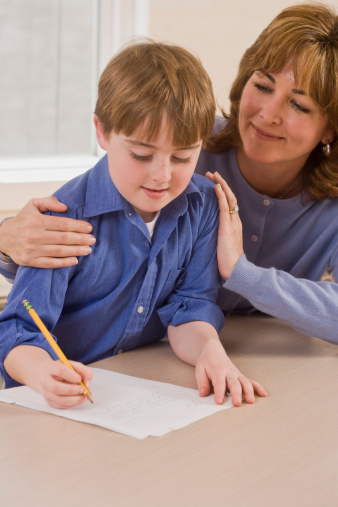 Tics are often reduced through the calming effect of the deep pressure from the weighted insert in the OTvest, denim weighted vest. Some of the anxiousness, often seen in those with Tourette’s Syndrome, shows reduction when wearing the OTvest, as students frequently say that “It feels good” when first putting the OTvest on, and request to wear it at school–appearing better able to function within the classroom setting. Tics often increase in stressful situations, and the weights in the OTvest provide deep pressure to the muscles and their sensory nerves leading to the brain—stimulating a calming response. Brain research has shown that mood is affected by brain chemicals called neurotransmitters. Among the more important ones are serotonin, dopamine, norepinephrine, melatonin, insulin and prostaglandin. Deep pressure increases production of neurotransmitters which helps promote sleep, tic reduction, and a sense of calmness and well-being. The OTvest is non-invasive, holistic treatment approach to calm and reduce stress and anxiety in those with Tourette’s Syndrome.

An Educator’s Guide for Developing Plans for Students with Tourette Syndrome¹, which includes using weighted vests for those with sensory processing difficulties. The OTvest can help reduce tics, and those with handwriting difficulties often show improvement when attention is improved through wearing the OTvest.

¹The Tourette Association of America
http://tourette.org/Education/EducatorsGuideforDevelopingPlans.htm

VandenBerg, N.L. (2001). The use of a weighted vest to increase on-task behavior in children with attention difficulties. American Journal of Occupational Therapy, 55, 621-628. November/December 2001. This research is also in the book, Pediatric Issues in Occupational Therapy: A Compendium of Leading Scholarship (Royeen, 2004) published by AOTA (N. VandenBerg, Chapter 25.)

“I received the vest and it is a game changer for me!  It is already enabling me to walk much bet… END_OF_DOCUMENT_TOKEN_TO_BE_REPLACED