OTvest, LLC has been providing denim weighted vests with a patented, weight insert for calming, deep pressure and trunk stability to schools, hospitals, rehabilitation centers, and individuals in the USA and internationally since 2002. The OTvest is the weighted vest that professional's overwhelmingly recommend. The OTvest, with hidden weights, looks stylish on both boys and girls, men and women. The extreme durability, cleaning, and quality of the OTvest makes it the weighted vest of choice for schools. 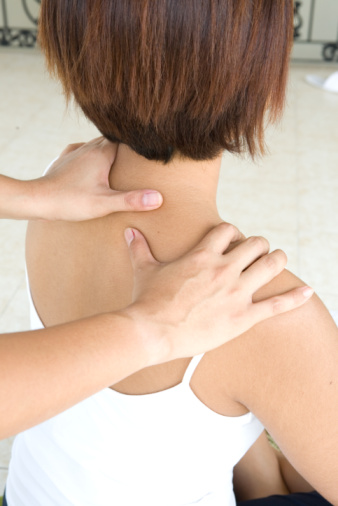 It is important to look for the denim weighted vest with the yellow and red "OTvest" logo on the chest pocket, because  where the weight is placed is important! The OTvest contains the patented, unique weighted insert that applies weight directly to the body of the wearer, rather than weights hanging inside of pockets only supported by the garment.

Hidden inside the OTvest,  weights surrounding the shoulder-girdle not only produces a calming, focusing effect (autism, ADHD, sensory processing disorder, PTSD, TBI, Tourette's, anxiety), but  also provide a stabilizing effect upon the trunk of the wearer, which is useful for movement disorders such as ataxia, Parkinson's, tremors, and  feeding disorders where trunk stabilization is important for improved function. The weight applied across the back of the wearer with the patented weight insert in the OTvest helps stabilize the scapula (shoulder-blade), which is important for trunk stability. The weight can help improve bone strength for wearer's with osteoporosis when they are directed to perform weight-bearing exercise.

CALMING, FOCUSING, AS AN ALTERNATIVE TO MEDICATION

The OTvest™ is a stylish denim vest ("jean" type) that looks like an everyday garment, not appearing "therapeutic" (as do most compression vests)--providing an alternative or adjunct to medication. Where the weights are placed in a weighted vest is very important, and the OTvest weight placement is different from other weighted vests currently on the market.  The patented weight insert in the OTvest contains weights that are evenly distributed across the upper back and upper chest (across the anterior and posterior pectoral muscles), lying directly upon the body. Most weighted vests on the market have pockets inside the vest where the weights are supported by the garment and do NOT lie directly ON the body--so are not providing directly deep pressure to the wearer.  In the OTvest, the weights press down gently upon the body, applying deep pressure therapy upon the wearer and important proprioceptive input. The deep pressure on the sensory receptors from the weight lying directly ON the body sends messages to the brain (purkenje cells in the cerebellum) to produce calming neurotransmitters. Weights only hanging in pockets in a garment do not stimulate the body and brain chemistry in the same manner as the OTvest. Additionally, the OTvest positioning of weights pressing down upon the body uses the law of physics effectively--as less weight is required to press down--than the less effective use of weights only pulling down inside of garment pockets or hems, like in other weighted garments.

The weights are invisible from the outside of the OTvest. Similar to someone pressing gently down upon the shoulders and upper back, the weights lie directly upon the muscles of the shoulder-girdle to apply MILD, yet calming, deep pressure--like a hug. Most wearers spontaneously comment "It feels good" when they put the OTvest on. This is similar to the calming effect that sleeping under a heavy blanket provides, but the OTvest can be worn throughout the day, not interfering with activity.  The central nervous system's sensory areas respond to deep pressure by producing chemicals in the brain that have a settling effect--which may be produced by increasing the brain chemicals (neurotransmitters such as serotonin) in some of the ways that medications work (see VandenBerg, N.L. (2001) *. 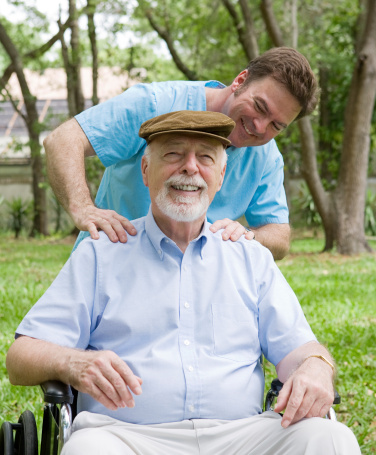 Individuals who are good candidates for use are those who appear hyperactive, show disorganized behavior (messy work area, lack of attention-to-task, excessive movement in their seat that inhibits productivity, difficulty with handwriting and other fine motor skills, those with tactile defensive behaviors (overreaction to touch, or always needing to touch everything), are easily distracted, show poor body awareness, those with sensory processing disorder/sensory modulation difficulties or sensory integration difficulties, ADHD, autism, tic disorders such as Tourette's Syndrome, and sleep disorders or insomnia. Young children are particularly highly responsive to deep pressure, as their nervous systems are more plastic--however, teens and adults (male and female) have demonstrated benefits from the use of deep pressure from the OTvest™--such as for stress and anxiety reduction and/or restlessness such as sometimes seen in those with Traumatic Brain Injury, Post Traumatic Stress Disorder or Alzheimer's.

Movement disorders such as ataxia, upper extremity tremors or spasms, dystonia, and Parkinson Disease, athetoid cerebral palsy, multiple sclerosis or those needing a "balance vest" because of balance problems are some of the disorders that respond from the use of a OTvest,  weighted vest due to the increased trunk stability provided from the OTvest and its patented weight insert. The OTvest helps improve upper extremity function and fine motor skills, decrease lateral sway on walking, and give a more secure feeling of being grounded--thus reducing anxiety and stress. The weight unit inside the OTvest can be removed and refrigerated so that the metal weights are cooled, if overheating is problem.

The OTvest can help improve bone density in those with osteoporosis, as weight-bearing activities increase bone strength. Strength training may increase spine and hip bone mineral density. The weight unit inside the OTvest can be removed and refrigerated so that the metal weights are cooled if getting too hot is also a problem.

Please watch the video of Robyn wearing an OTvest to SEE THE DIFFERENCE IN FIRST WALKING WITH AN OTvest ON, THEN WATCH WHEN SHE TAKES THE OTvest OFF AND WALKS, during her physical therapy session in Gainsville, Florida:

Feeding problems, or oral motor difficulties (eating problems, feeding difficulty, sucking difficulty, difficulty swallowing, dysphagia, speech and language skills) can benefit as well from stabilization of the trunk, and therefore, the stabilization of the, the neck, head and oral structure important to oral motor development. The calming effect of wearing the OTvest can help decrease the stress that meals present for "picky eaters."

Equine therapy programs, horse therapy, hippotherapy and therapeutic riding, and therapeutic horsemanship programs use the OTvest to help reduce stress and anxiety in riders and improve the stability or balance of the trunk in the saddle.   (Click on the blue words/phrases for more information in an additional post)

VandenBerg's research study, published initially in The American Journal of Occupational Therapy (see VandenBerg, N.L. (2001)* and more recently as Chapter 26 in Pediatric Issues in Occupational Therapy: A Compendium of Leading Scholarship (C. Royeen, 2004), used 5% of each child's body weight as the amount of vest weight. Her research has since been cited in over 150 publications. This research prompted VandenBerg's improvement upon the vest design -- resulting in the OTvest™ which has a PATENTED design -- where the weights press gently down directly upon the muscles of the shoulder-girdle to apply MILD, yet calming, deep pressure.

NOT AS MUCH WEIGHT IS NEEDED when it is concentrated in one area, as it is in the OTvest, and if a weighted vest is too heavy, it becomes difficult to put on, so that the OTvest is manufactured with an amount of weight that is effective for person's clothing size and corresponding weight. The central nervous system's sensory areas respond to deep pressure by changing the brain's chemistry,  creating a calming or settling effect--which may be produced by increasing the brain chemicals (neurotransmitters) in some of the ways that medications work (see VandenBerg, N.L. (2001) *. 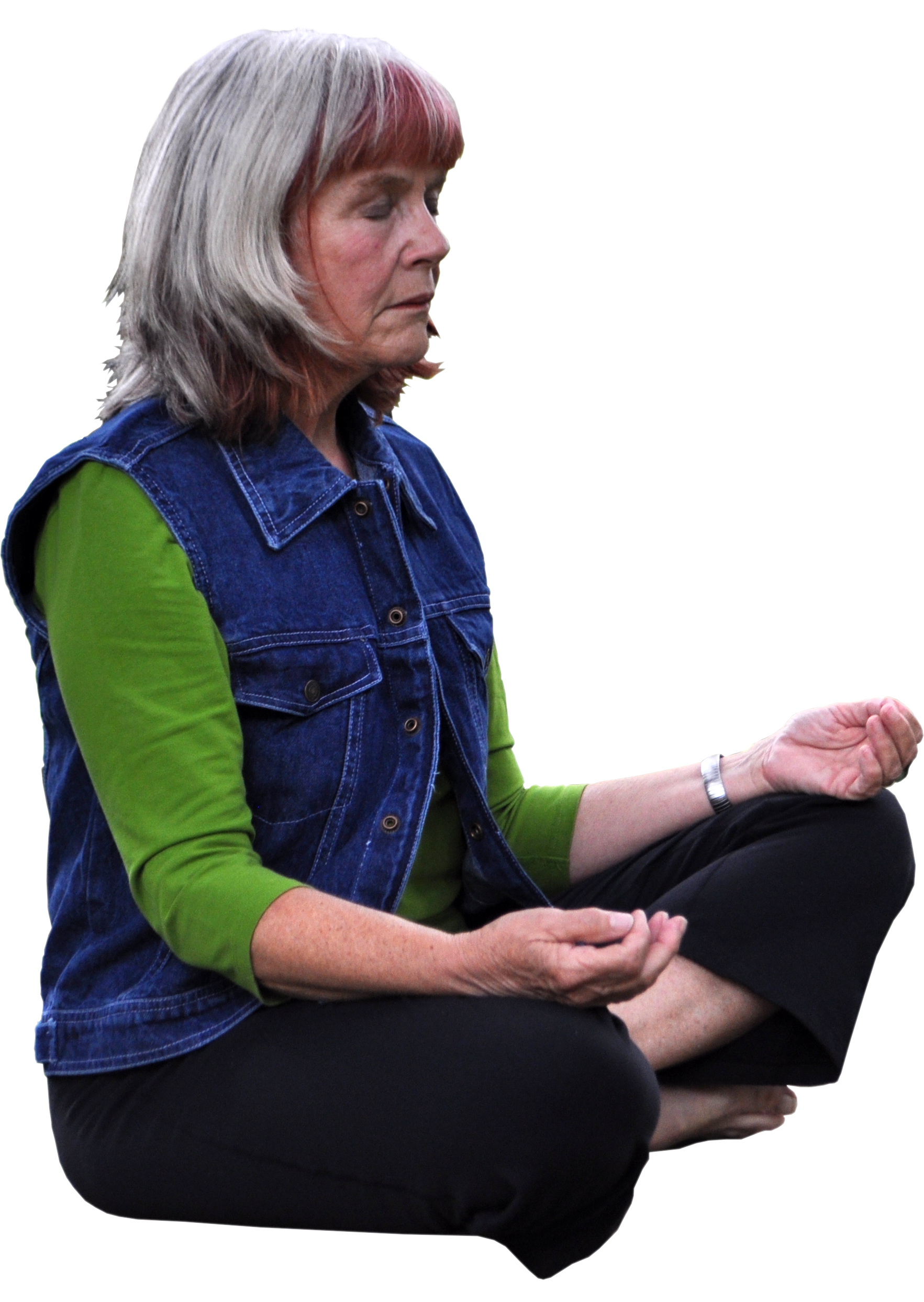 Having the individual wear the vest during an enjoyable activity is an excellent way to introduce vest use. Some individuals may need to wear the OTvest™ for greater periods of time initially to become more accepting of its use. A general guideline is to have the individual wear the vest for 20-40 minutes, remove it for about the same amount of time, (so that the nervous system does not adapt to this new sensation of increased weight), and then wear it again. Do not remove the vest in the middle of an activity, but rather, wait for the completion of the activity to remove the OTvest. It is not crucial to stick to the 20-40 minutes, as there are those who benefit from wearing it for longer, or shorter, periods. Observation of the individual's behavior while both wearing and not wearing the vest is key--as we are all unique  and have different response times.

HINT: During the summer or in very warm climates, the weight insert can be put into the refrigerator to get the metal weights cold, and cool down the wearer!

MANY children and adults put the vests on themselves when they feel they need it! For others, a schedule is often helpful so that the vest is worn during the times most needed, such as when first starting the day, after recess, during specials classes, for written work, reading, homework, prior to bedtime--or during stressful activities (haircuts, shopping, dining out). Some individuals may tolerate only 10-15 minutes before they want to remove it. They may be urged to keep it on a bit longer to try to build them up to a longer period of time, but should be allowed to remove it if they persist. Putting the OTvest on prior to changes in routine that typically increase agitation or times of day that are particularly stressful is important, rather than putting the OTvest on after the individual becomes agitated. Remember, as stated earlier -- each wearer has their own unique needs, so utilize the judgment of the supervising adult, with some experimentation. It is useful to consult with an occupational or physical therapist concerning a wearing schedule. The OTvest should be used under the direction of a licensed therapist or healthcare professional, and under adult supervision when worn by children.

The OTvest can be worn for activities requiring more stability, such as ambulation, moving around one's environment,  or when reduction of tremors or spasms is desired such as for eating, grooming, keyboarding, or other daily living skills. A wearing schedule is not needed unless fatigue is an issue, as the purpose is to provide trunk stability and is more appropriate when worn during the activities for which the wearer is seeking increased motor control and stability. The OTvest can be worn for the amount of time comfortable to the wearer, watching for any added fatigue if one tires easily. Wearing the OTvest for about one hour prior to bedtime is suggested to help promote restful sleep. It is it is best to consult with an occupational or physical therapist regarding use of the OTvest™ (or used under the direction of a licensed therapist or healthcare professional) and with children or those with impaired judgement-- worn while under accompanying adult supervision.

VandenBerg, N.L. (2001). The use of a weighted vest to increase on-task behavior in children with attention difficulties. The American Journal of Occupational Therapy, 55, 621-628.
This research is also in the book, Pediatric Issues in Occupational Therapy: A Compendium of Leading Scholarship (Royeen, 2004) published by AOTA (N. VandenBerg, Chapter 25.)

“I received the vest and it is a game changer for me!  It is already enabling me to walk much bet…

“My son started second grade crying everyday. He had seen a Pediatrician, a Medical Social Worker,…